Awaken to your ‘call’

It has always been a mystery of sorts as to how some of us become so extraordinary, lead such expressive lives, and have a natural following of people, while the bulk of us, live fairly “normal” humdrum lives, and are happy to follow these “leaders” in their endeavours.

I have a cousin, who, as a kid, was like anyone else –  he learnt to play the guitar, and was a bit good looking guy, with gals quite taken up by him. His elder brother and I were the same age, and we looked upon fondly, rather amusedly and condescendingly, on this kid, but wondering if he would amount to much.  Well, my peer of a cousin took on the traditional role of a banker, and over time, rose to a pretty distinguished position, whereas I, on the other hand, floundered through college and life, and managed to make ends meet after many a backfire over a couple of decades of struggle. However, our young cousin started similarly in the hotel industry, by chance, and we were fairly and pleasantly shocked to see him marry, become quite “settled” and working really hard, much harder than we would have expected him to.

This young lad became a father, continued to plod, rose quite decently up the ladder, and had another child – a daughter this time.  She, however, was born with a strange heart condition, which in the country that we were in, was untreatable. Typically, children born of this in our country tended not to last beyond a few years. This, I think, was the turning point in his life, from which he emerged from a state of being “normal” to becoming extraordinary.  He persuaded his company to move him to London, where the treatment could enable the child to live, even if for an indeterminate period.  To take care of the costs of treatment, he persuaded a television company to film him running for his daughter’s cause, and raised the money so that she could live.

This is when this young lad blurred from mediocrity to a focused life to raise his children and keep his family intact. This dashing, young man (predicted to become a playboy) never strayed from his first love. He moved to another country and became invisible, focused only to give his daughter a life. Naturally, he rose much faster through the ranks, became the head of a large company for Europe, learnt German, and was a bit of a recluse.   The child was now growing up, albeit a bit differently, a bit shorter, a beautiful sweet waif, who knew how her life was precious, and possibly short.  A decade later, the young lad and his charming wife had become middle-aged and the two returned to their country. The child died of the unfortunate ailment that she was born with, having written a wonderful book, and televised on many shows, show-casing her formidable spirit.  I remember being moved by her words, and more so just inspired and enthralled by the resilience and love of my cousin and his wife.

The young lad is the global head of that same multinational. His life, though, is strange.  He plays in a rock band in one country, lives in another where he runs the organisation, goes about speaking about his daughter and the inspiration she was to him and his family.  He lives life king-size, as if responding to a request from his dying daughter to live life through her eyes. Powerfully. Fully. And he does.

So, what is a leader, really?  To me, it is a person who can see unlimited possibilities in the world, picks one, goes after it relentlessly, is unstoppable, and enrolls others in this conversation.

Now, the question that bugs me is this. How did Paul Polman, Martin Luther King, Aruna Roy, Mohd Yunus, Mahatma Gandhi, Deepak Chopra, Oprah Winfrey start out? Were they born leaders? Do people like you and me have no chance to be a leader? Do we need to be “born as a leader” to be one, have the necessary background to do so, have some personal calamity that transforms who we are, and then get propelled into being a leader?  I’ve met some of these magnificent leaders, and the few things that I take away is this – none of them had the intention of becoming a leader, still don’t wish to be one, but are conscious now of their power, and are incredibly down-to-earth, compassionate people.

It appears, and this can be completely wrong, that these leaders started just like you and me, had fairly standard lives, but at some point in their life, they became crystal clear as to what they had to do.  They did not know the road-map into the future, they didn’t say “let me “become” a leader, and go to Harvard to learn this.” They just found “something” that was much more important to them than they were, and had the heart to be moved by it. They were impelled by that “something” to live and act from a space that was much more powerful than intellect, and mostly without realising it, they emerged into being a leader. Of course, this is my amateur rendering, completely bereft of statistical data. It is simply an observation.

But, if this hypothesis has some merit, it would appear that a person does not become a leader, apparently leadership calls that person.  What I wonder is this, given my personal view of a just world – do each of us get such a “call to action”? Do we choose to disregard that call, not realising what we are choosing? Is it possible that every one of us potentially could be a leader? Is it possible that any of us mere mortals could discover that “something” that is so much more powerful, so much more significant than ourselves? A “something” which would transform us from a normal life, to a life of unbearable richness in quality, with ups and downs, all very powerful, and yet a life so full of life! Food for thought, I must say!

Recent posts from the blog

I did my MILP program in 2020 May and like everyone else’s it was a great journey. On the last day I created my MILP project, to achieve my BIG

Not long ago, I found myself discontent with the work I was doing. I was in a job that was taking away my spirit and just building negativity within me.

Being a social entrepreneur I felt I was already fulfilling my life’s purpose.  I was already serving others and working with marginalized communities, what greater purpose could there be? How

A Day in the Life of a Mission Impossible Leader

Anyone who has done the MIL Programme is termed as a ‘Mission Impossible Leader’. What changes for a MI Leader? How are things different for them after the programme? Let

Profound, Rich & Transformative – An incredible beginning. 9 senior leaders; 9 magical days; innumerable life-changing journeys.   Never before have we co-created a program like this, where every participating

Love.  Something that people are still trying to figure out, to decipher the mystery and to discover its essence. We all want love in our lives, to love and be 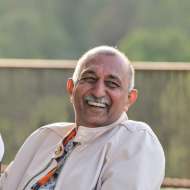 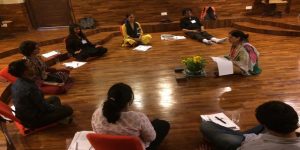 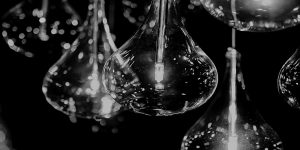 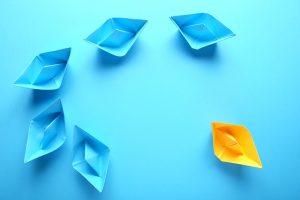 Societal Leaders – What does it take to become one?

some of our clients

Manage Cookie Consent
To provide the best experiences, we use technologies like cookies to store and/or access device information. Consenting to these technologies will allow us to process data such as browsing behavior or unique IDs on this site. Not consenting or withdrawing consent, may adversely affect certain features and functions.
Manage options Manage services Manage vendors Read more about these purposes
View preferences
{title} {title} {title}